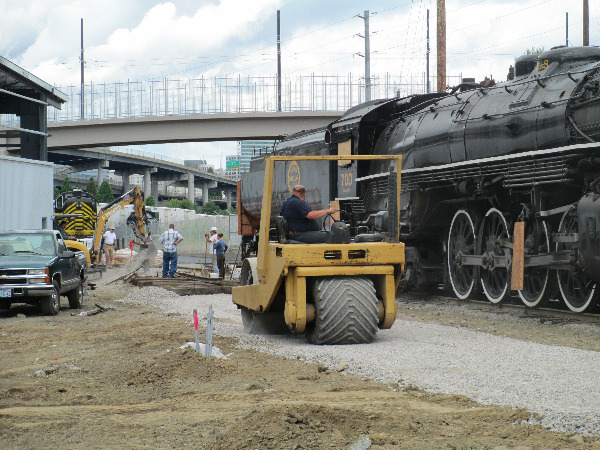 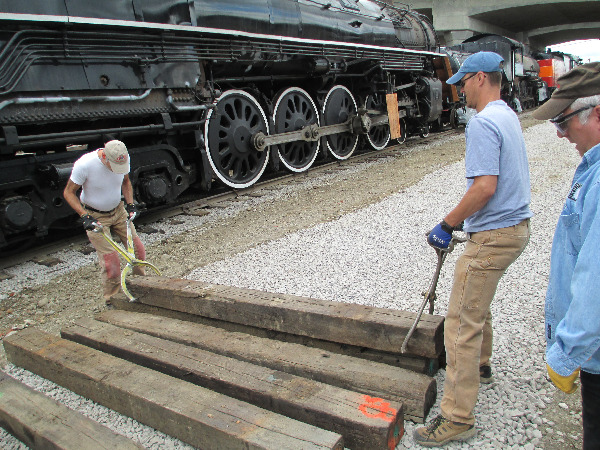 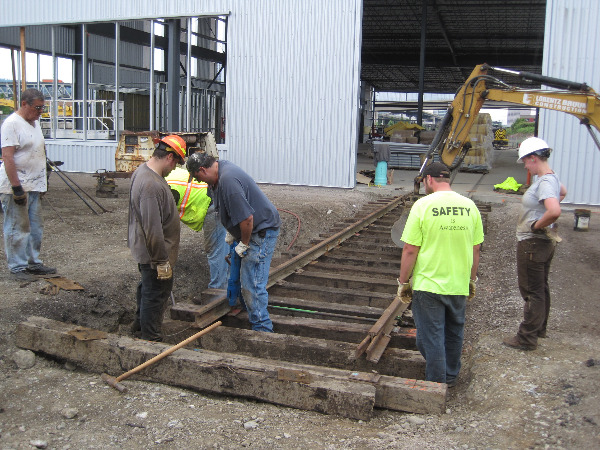 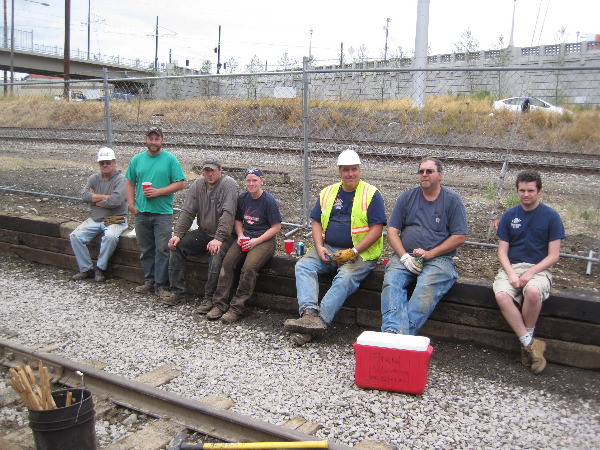 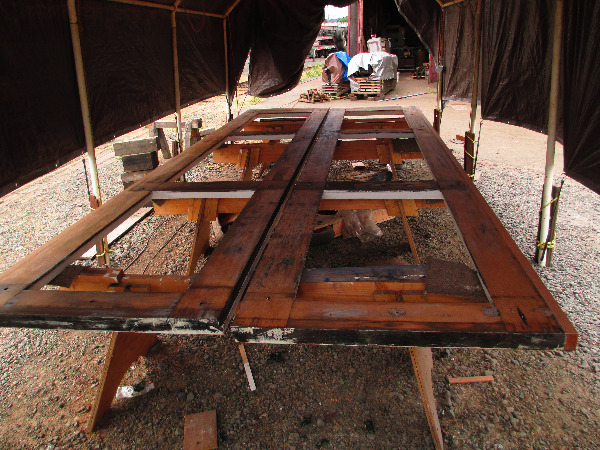 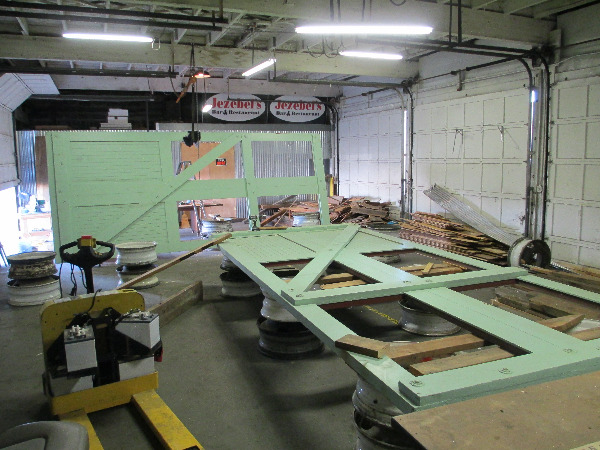 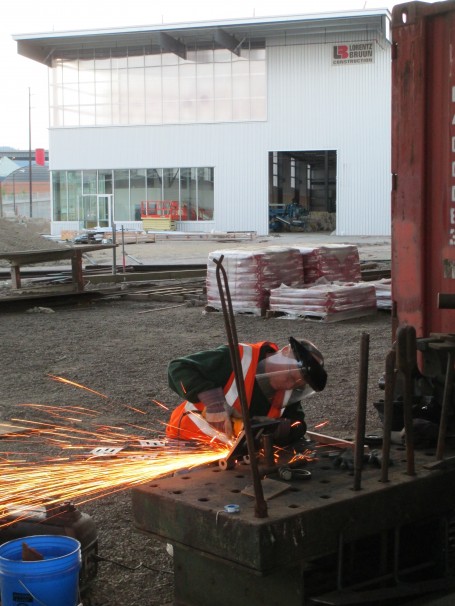 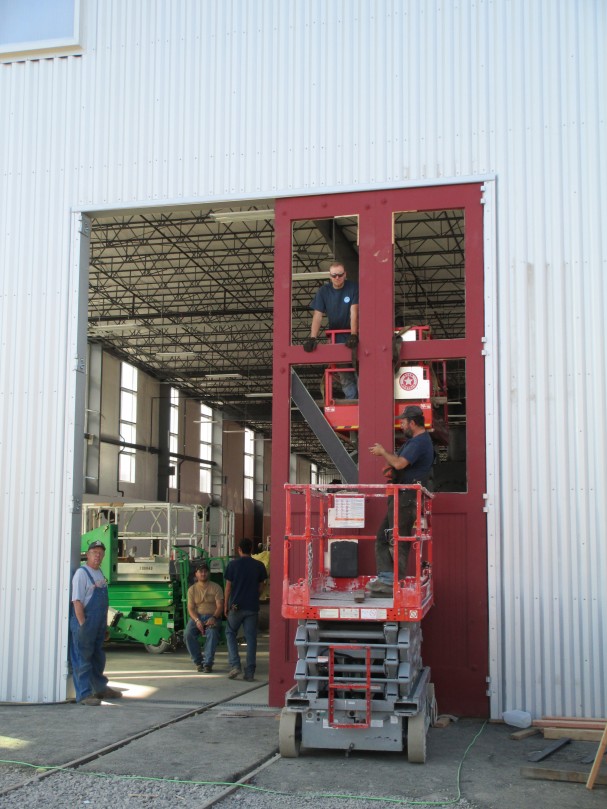 Track Work at the Enginehouse

After all the ties and rail had been sorted at the site, the volunteer track crew started laying track in July. Ballast was laid on the graded ground, followed by ties spaced and more ballast tamped between the ties. Despite temperatures in the 90’s, the crew worked nearly every weekend to finish the two passenger car storage tracks and a lead out the south end. The crew laid a total of a 200′ linear feet.

Prepping the Big Doors for the Enginehouse

In July the Roundhouse doors under restoration in the temporary shelter at the roundhouse needed to be  moved to a warehouse near the Enginehouse. Two other hand-built replica pairs followed to the warehouse as each set was ready to hang. At the same time other volunteers machined and drilled holes in the 3′ long steel hinge straps.

In late July the first pair of doors was ready to be hung on the south side of the Enginehouse.  Each 7’6” x18’ Douglas fir leaf weighing 600 pounds was moved on a cart three blocks to the Enginehouse.  Scissor lifts on either side of the door stabilized its careful placement.  The crew then drilled bolts through the hinge straps to the plates.  The same process was repeated for the two pairs of hand-built “replica” doors installed on the north side in late August.