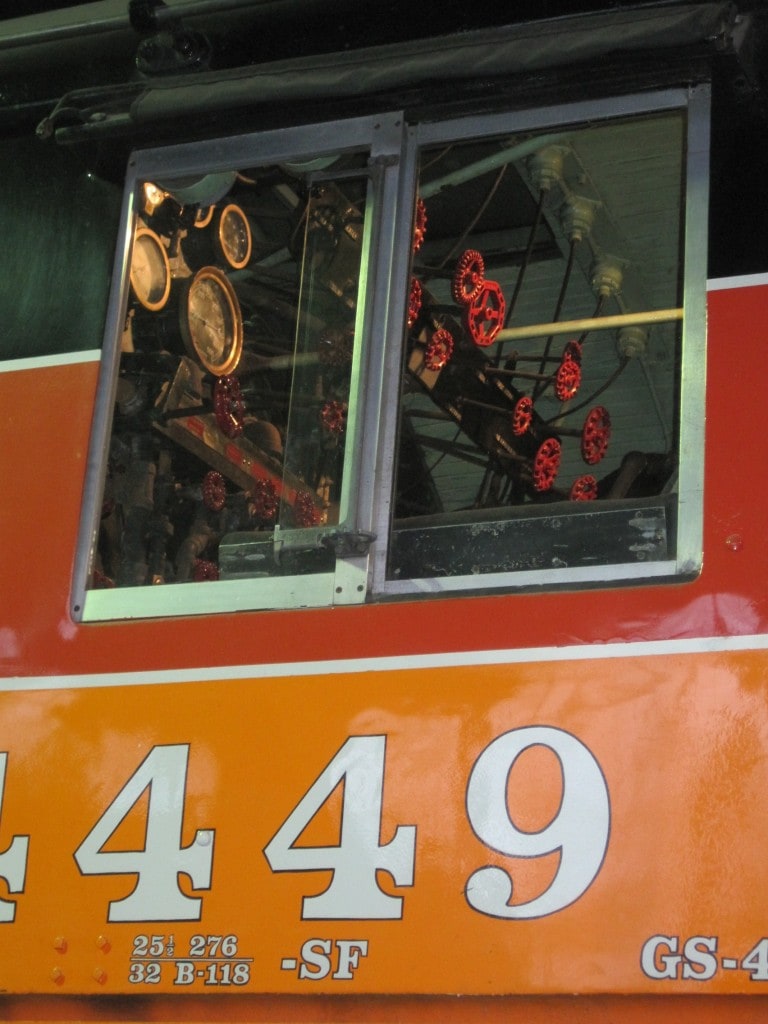 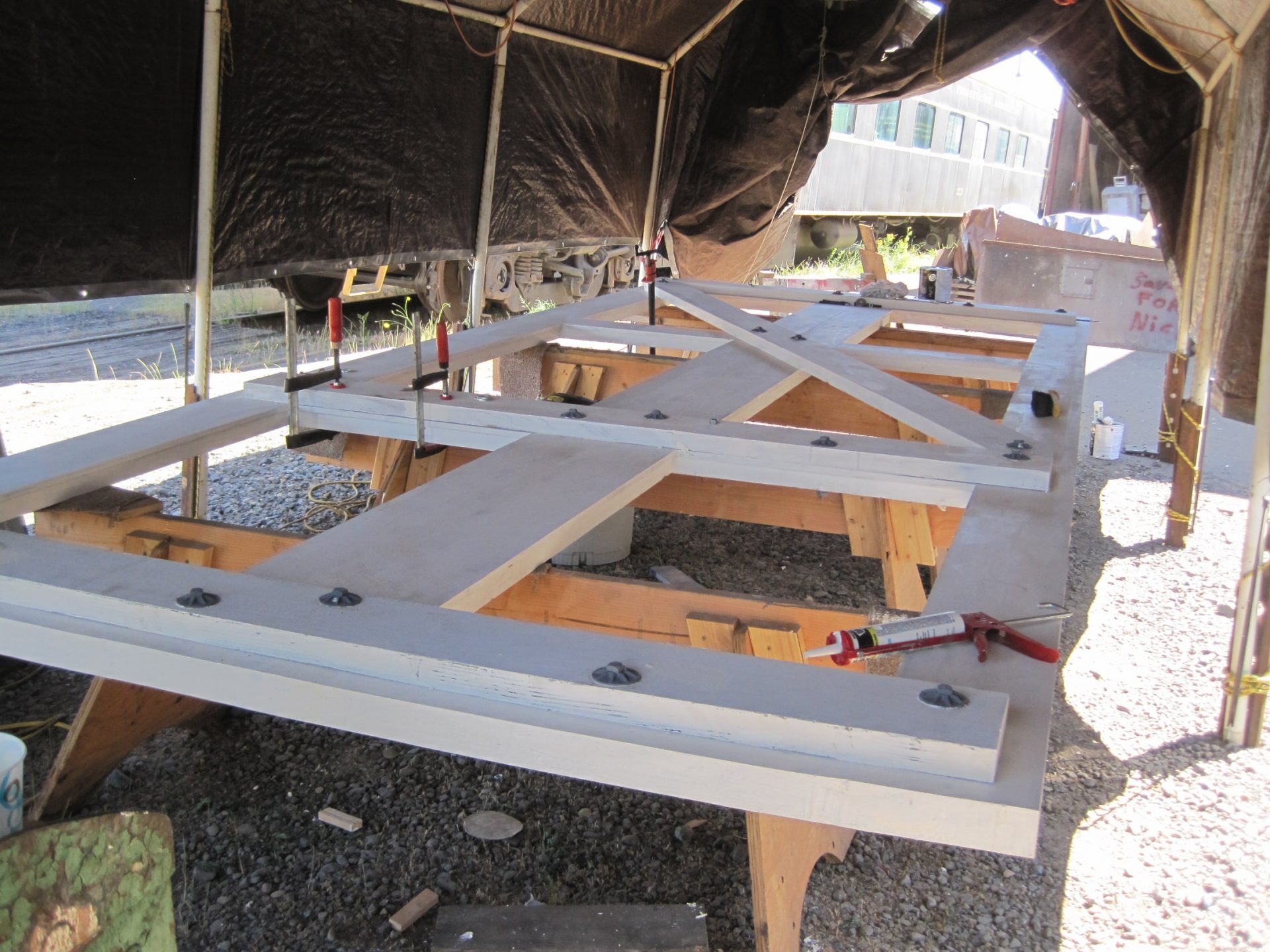 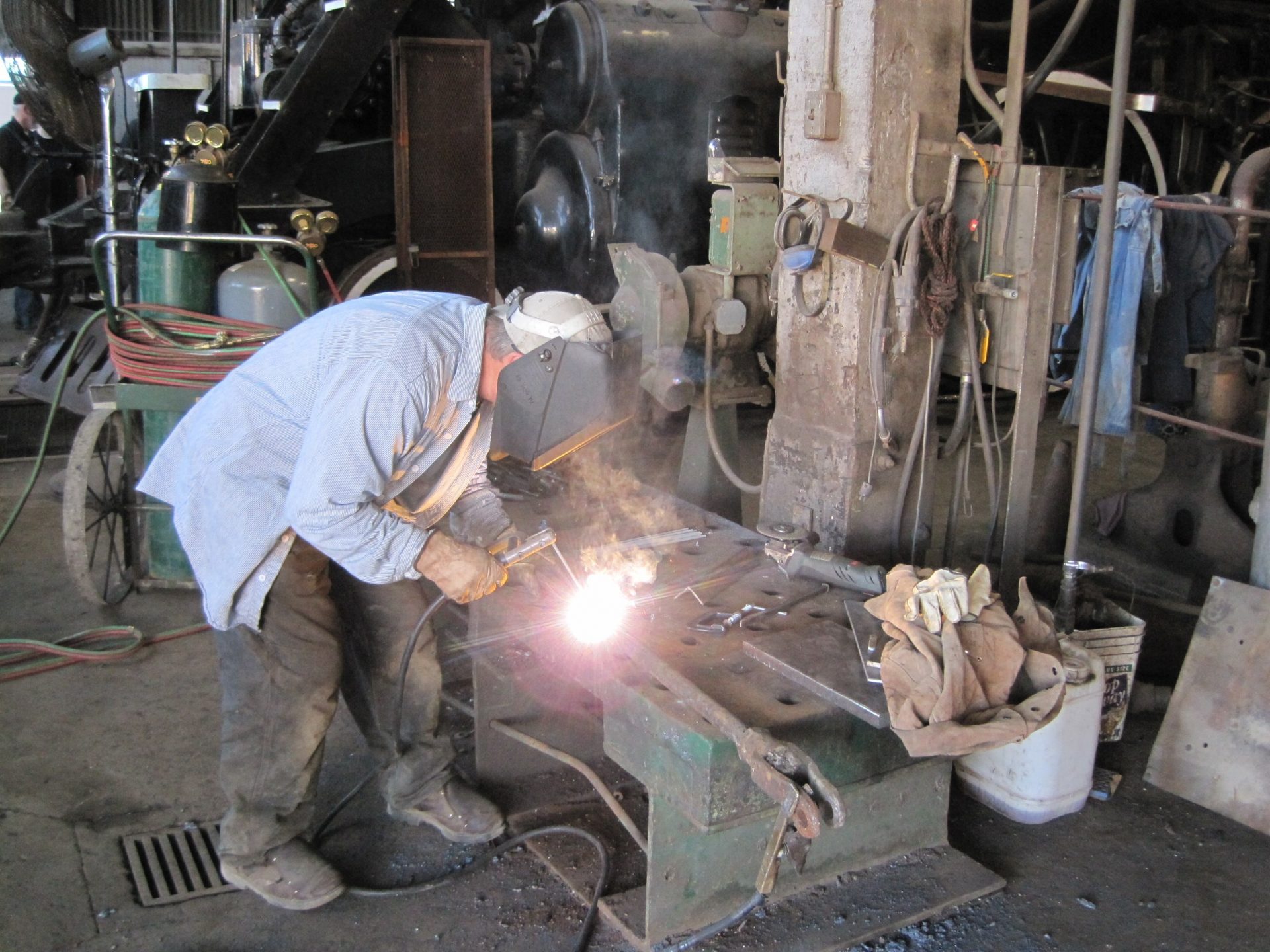 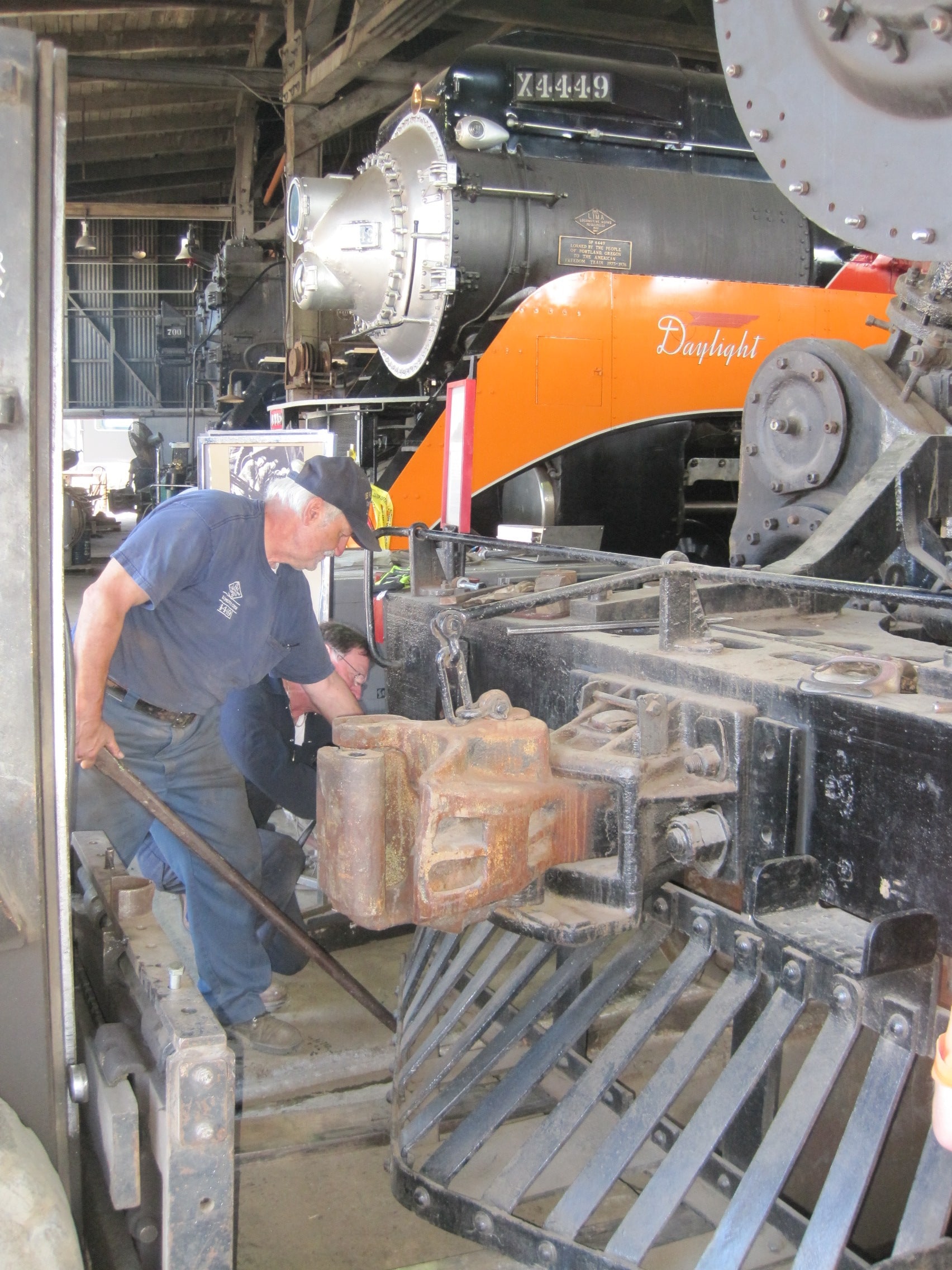 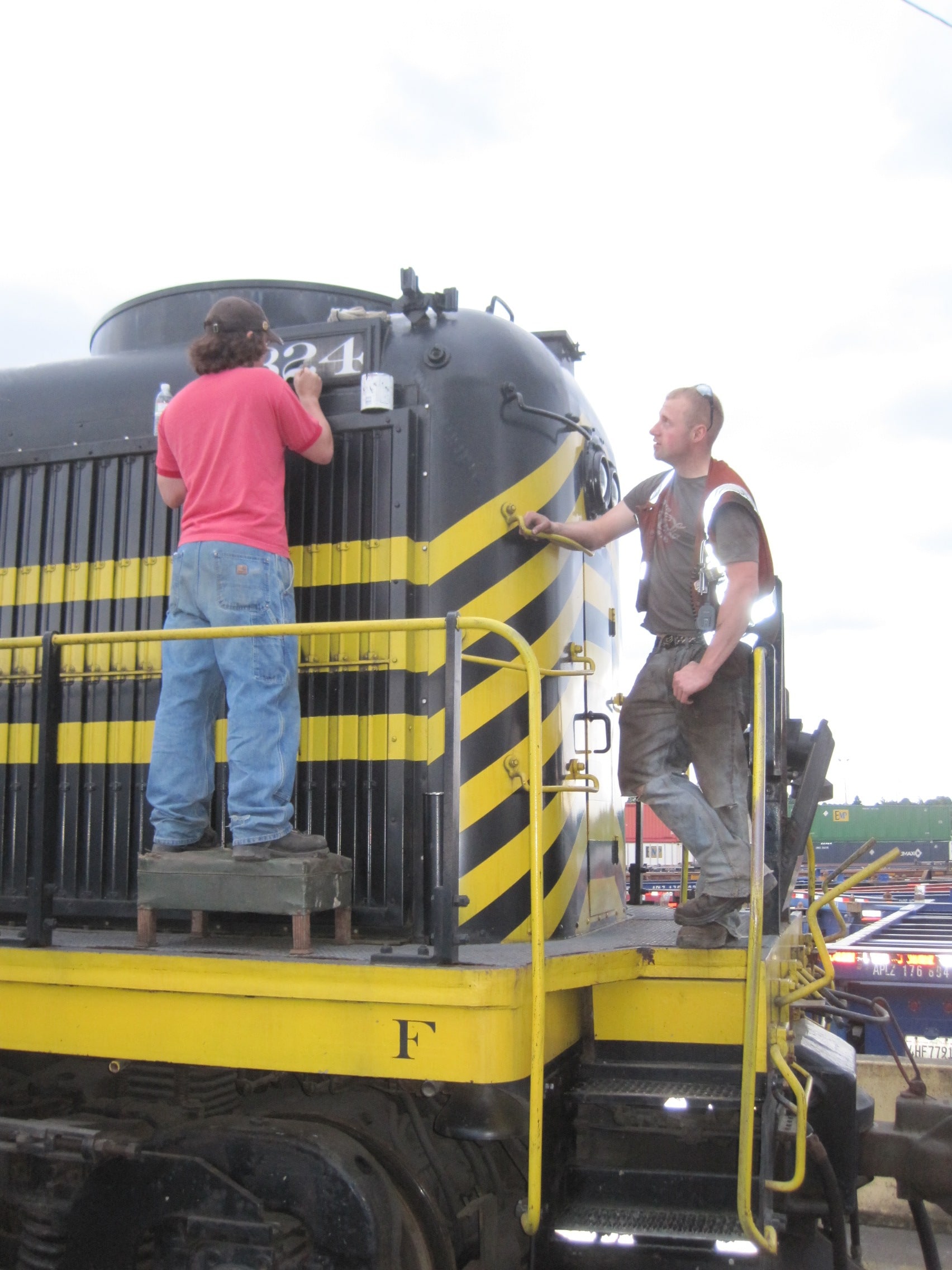 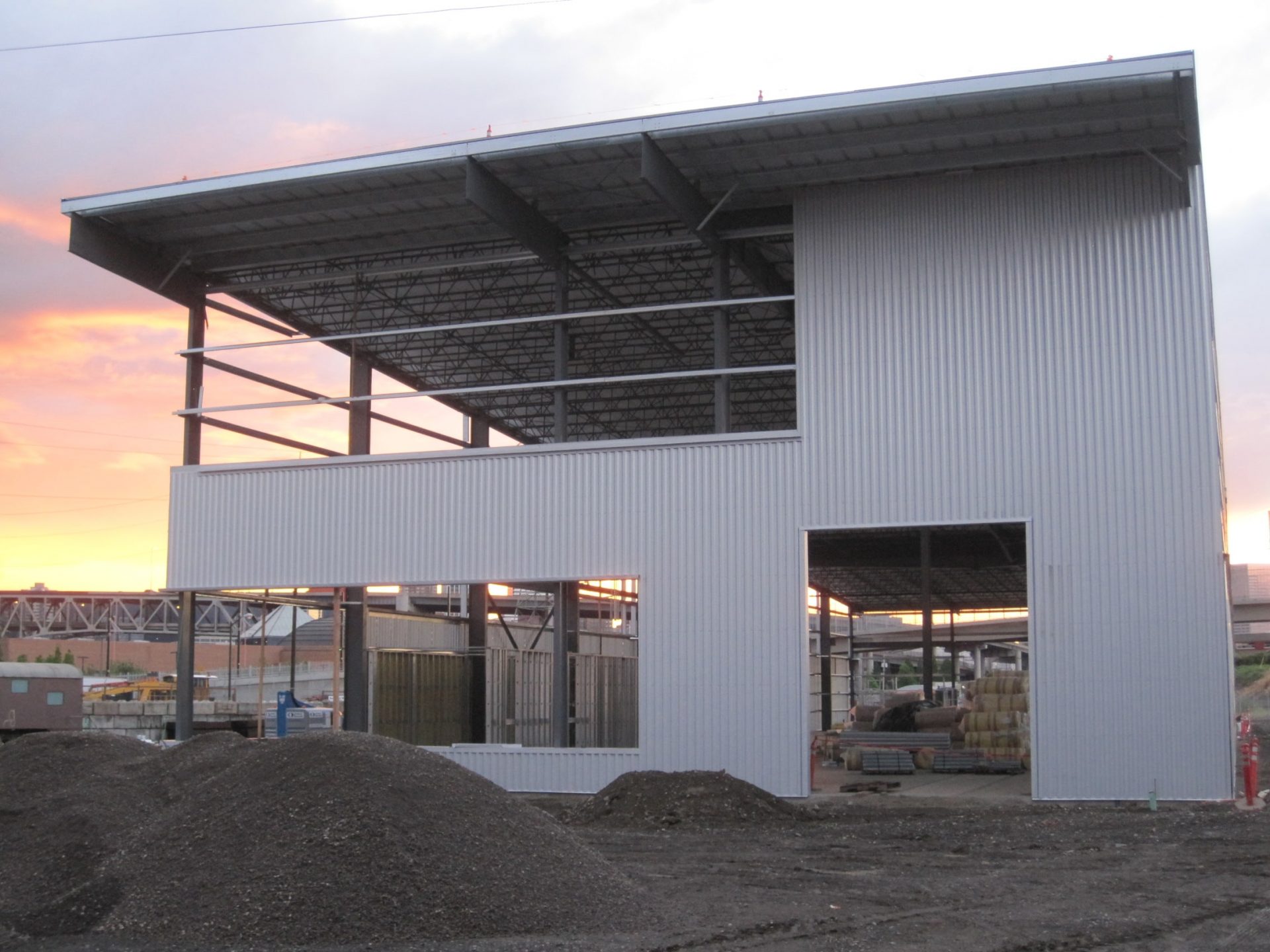 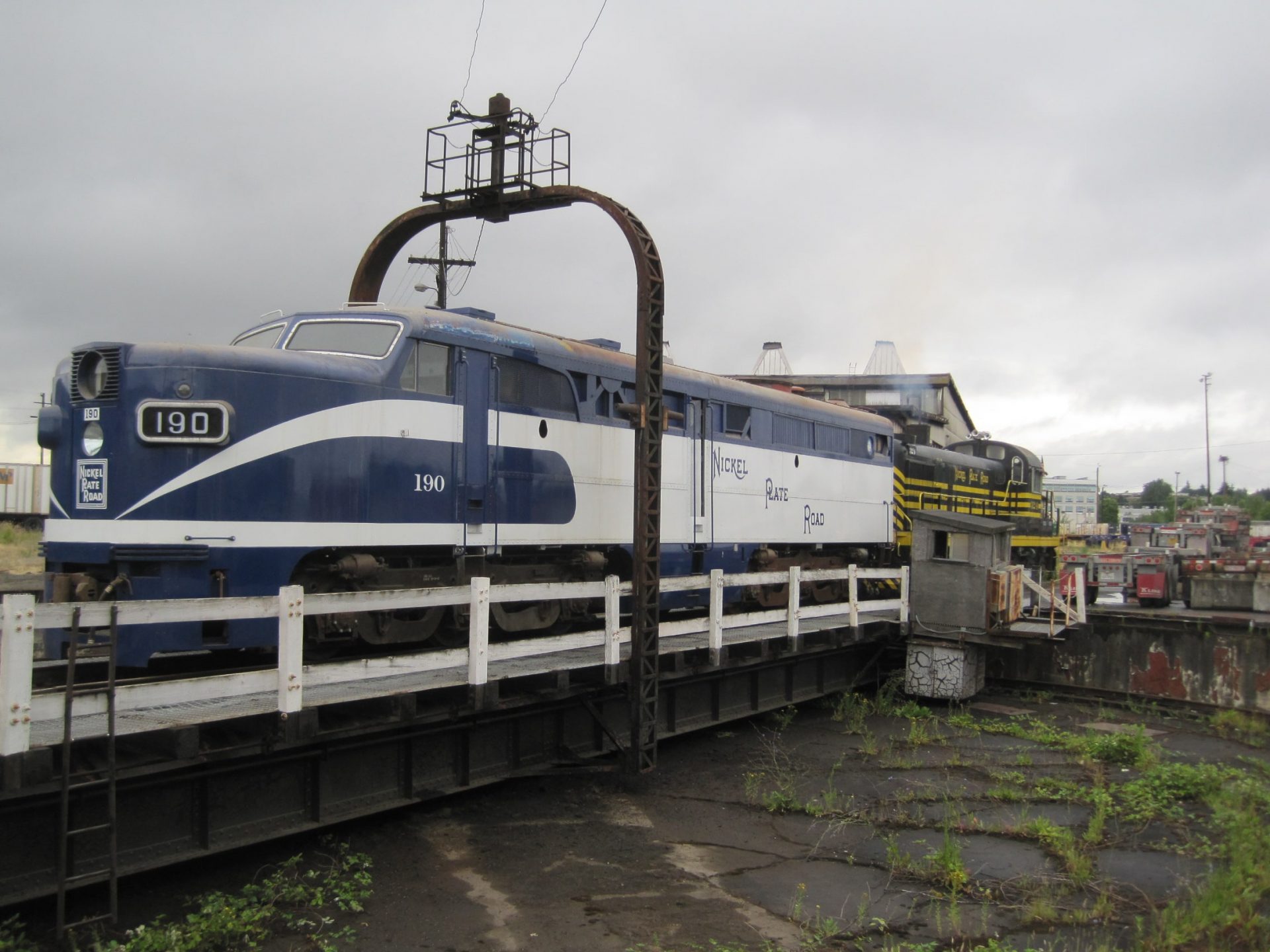 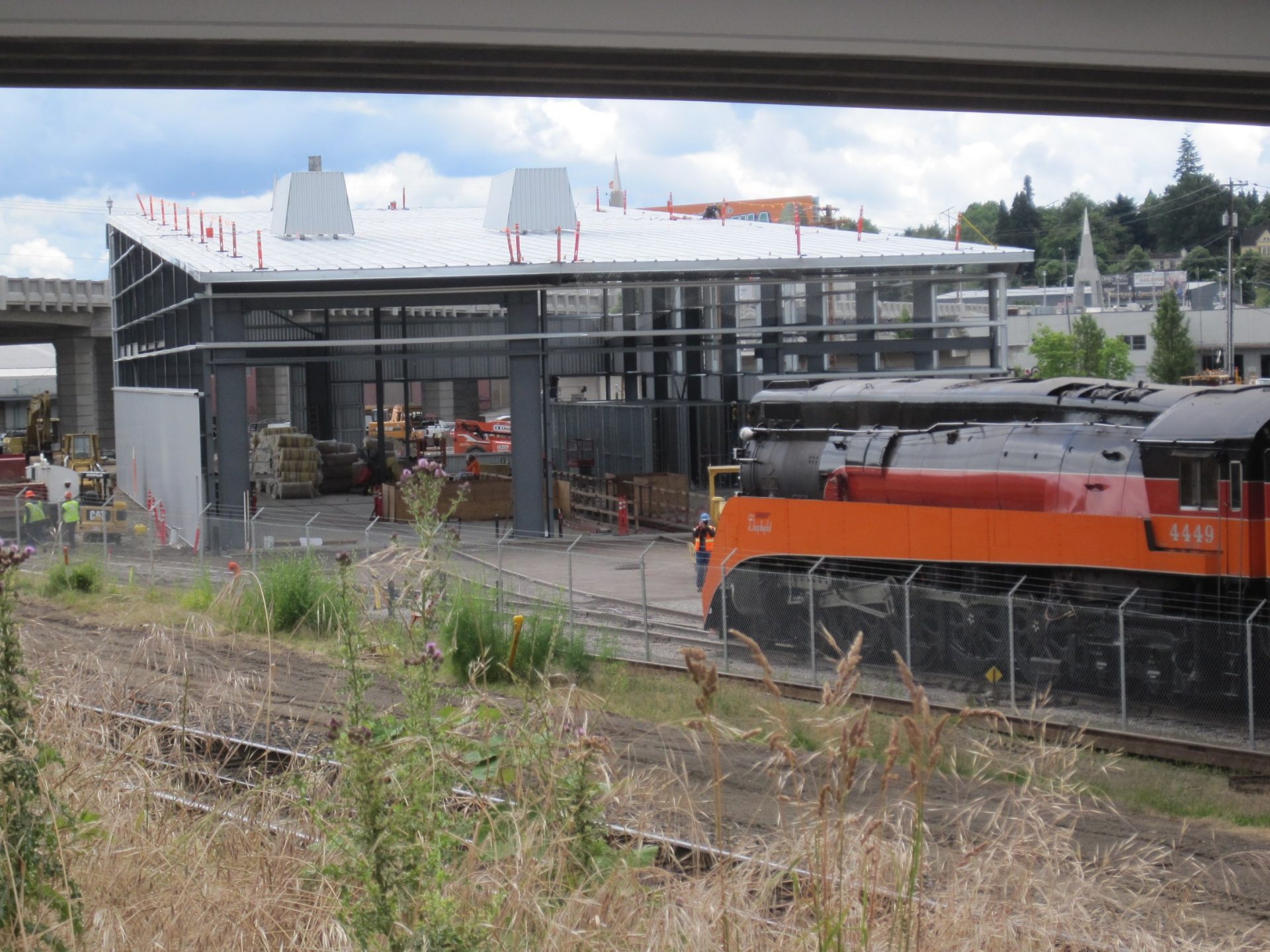 Packing Up at the Roundhouse

Restoration of the only salvageable original roundhouse doors started in April when the pair was removed to a temporary shelter adjacent to the building. Volunteers restored each surface of the two 7’6” x18’ Douglas fir doors. Two pairs of handmade “replica” doors will be installed along with the original in July.

As supplies and equipment were hauled to the new site volunteer machinists and welders fabricated parts for locomotives and the drop table. The RSD-5 switch engine was washed and its numbers were retouched with new paint.

After the metal frame was up, the building fabrication crew added corrugated steel siding to each exterior surface. Insulation, electrical wiring and framing for conditioned spaces were put in. The roof installation was last. In the next few weeks, overhead wiring, ducting, office/meeting spaces and the mechanical room will be put together. Translucent panels will cover the upper part of the exterior.

Last Spin on the Turntable & Making the Big Move

On June 26th, locomotive crews arrived before 6am to prepare for the logistically complex and momentous process to move the locomotives and remaining rolling stock from the roundhouse. The Nickel Plate RSD-5 switch engine provided the only motive power to pull the four other locomotives and 4 cars.

For the last time each locomotive ventured on to the turntable and spun 180o to face southward in a specific order.

After the consist (including rolling stock) was put together on the south lead track, air brake hoses were connected and a final inspection done. The train was dispatched to proceed north about 1:25pm traveling at about 10mph. The steam locomotives were pulled backward during the move so they would end up facing south in the Enginehouse.